Boasting 300-plus years of tradition, the Furukawa Festival is characterized as a feast embodying dynamism and tranquility. The dynamism is represented by the energetic Okoshi-Daiko (rousing drum), in which half-naked men bump into each other, unleashing the energy accumulated during the long winter months. The tranquility, another main feature, is seen in the yatai parade with elaborately decorated floats, each described as a moving Yomeimon gate. During the Furukawa Festival, 10 yatai floats paraded through the town are also used as stages for karakuri ningyo (mechanical marionettes) and children’s Kabuki. The Hida Furukawa Festival Exhibition Hall was designed to showcase this lively festival culture. 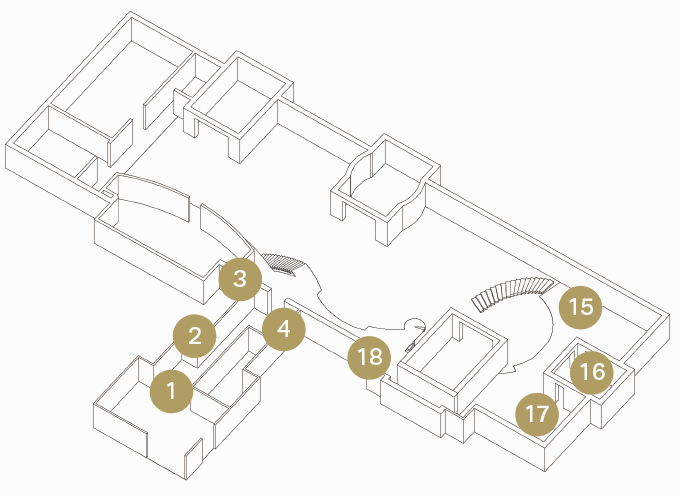 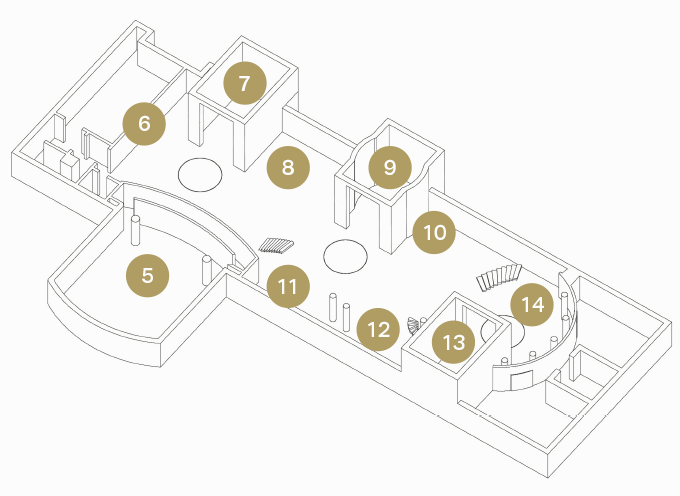 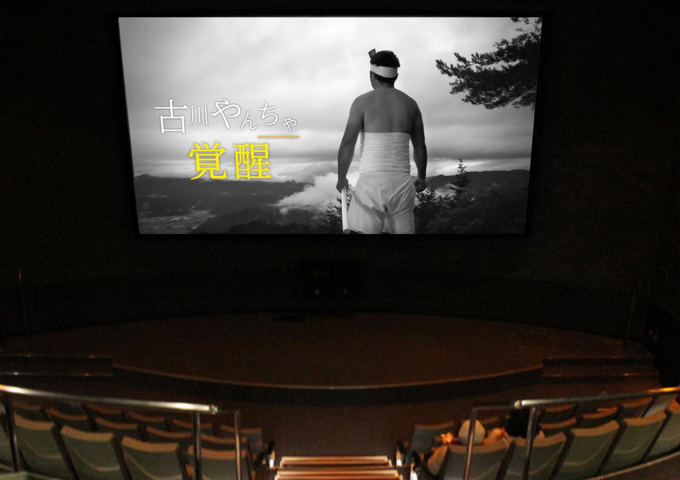 This theater screens a movie of the Furukawa Festival every 20 minutes each hour. The movie is projected on a large screen in a 4K ultrahigh-definition format, which has four times the resolution of high definition television. The quality of the video and sound enables visitors to experience the Furukawa Festival—where the dynamic, energetic Okoshi-Daiko and the tranquil, elegant yatai parade fuse together—as if they were there. 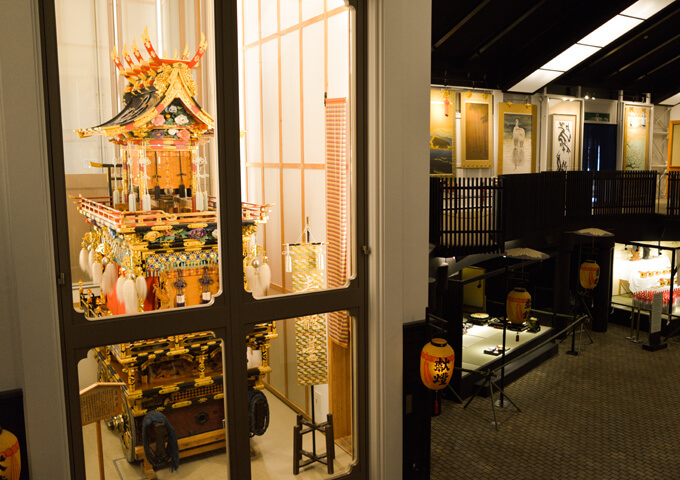 Each elaborately decorated yatai float of the Furukawa Festival is the result of the skills and refined taste of Hida craftsmen. In the hall, three of the 10 Furukawa yatai floats are on display year-round (in periodic rotation, and except for during the festival period). These exhibits allow visitors to explore the details of the yatai that they usually cannot see, such as the structure of the yatai’s upper level and the adornments and carvings created by traditional artisans. 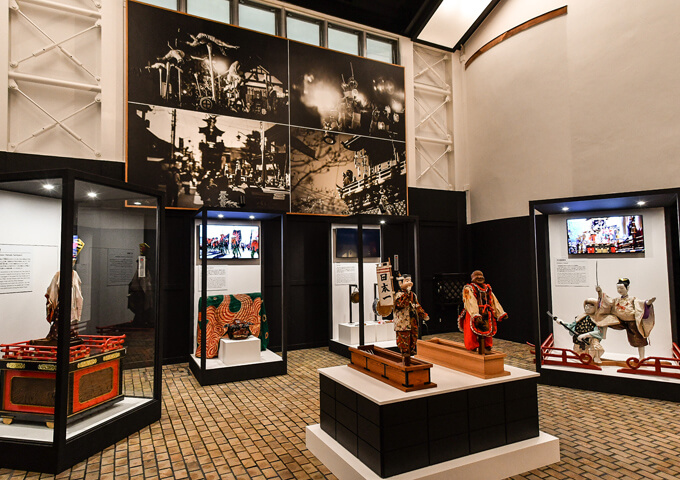 At the Furukawa Festival, Shishimai (lion dance), Tokeiraku (cockfighting music), children’s Kabuki, and other performing arts are showcased. The hall displays four of the implements used for these performing arts. Among them is the highly valued Onna Sambaso (female Sambaso), a mechanical marionette having managed to survive a great fire that burned down much of Furukawa. In addition, two marionettes are available for visitors to operate on their own. 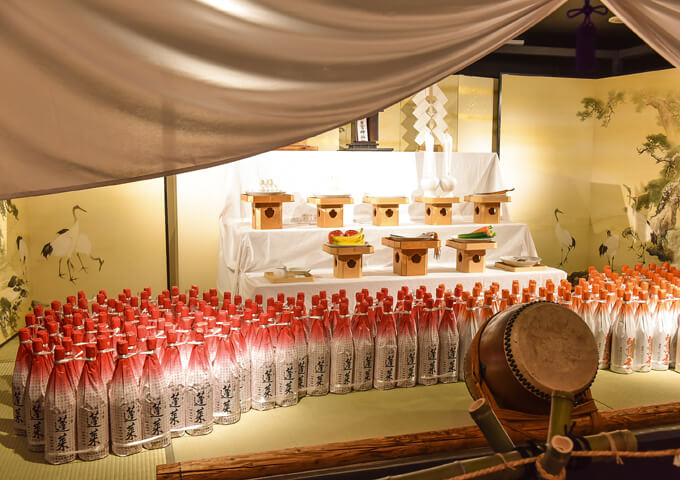 This exhibit reproduces Tobankaisho, which is set up by each neighborhood as a temporary center for inviting and making offerings to the deity; and also as a meeting place for deliberating annual festival matters relating to the Taigumi (yatai group), administration, and finances as well as fulfilling these functions. The many bottles of sake from the shrine parishioners lined in front of the altar are a must-see. On the two days of the Furukawa Festival alone, approximately 10,000 bottles of sake are said to be offered. 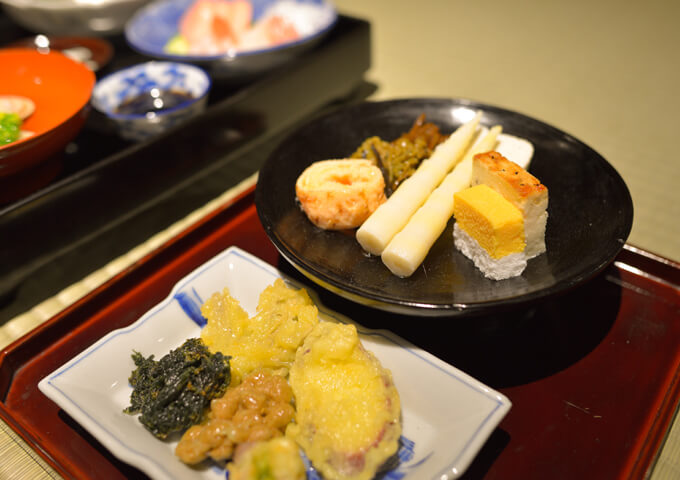 The custom of Yobihiki—inviting and entertaining relatives and friends to participate in a lavish feast with sake in your home—is a culture born of the Furukawa Festival that has taken root in the area. This exhibit reproduces the traditional Hida dishes served during the festival. 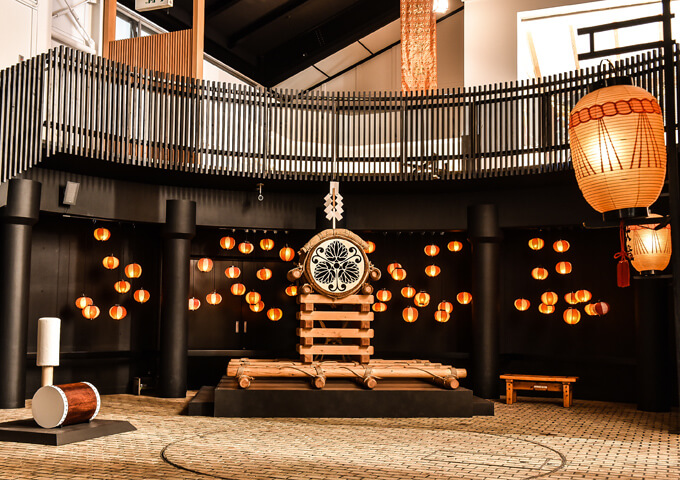 During the Furukawa Festival, several hundred half-naked men clad in sarashi white cloth carry around a frame-mounted turret on which a large drum of 80 centimeters in diameter is perched. A replica of this Okoshi-Daiko drum is exhibited in the hall. In the festival, using a pole to which a small drum called Tsuke-Daiko is attached, the tombo stunt is performed with a young man climbing to the top of the pole approximately 3.5 meters high. In the hall, visitors can experience this performance firsthand on a much lower Tsuke-Daiko pole. 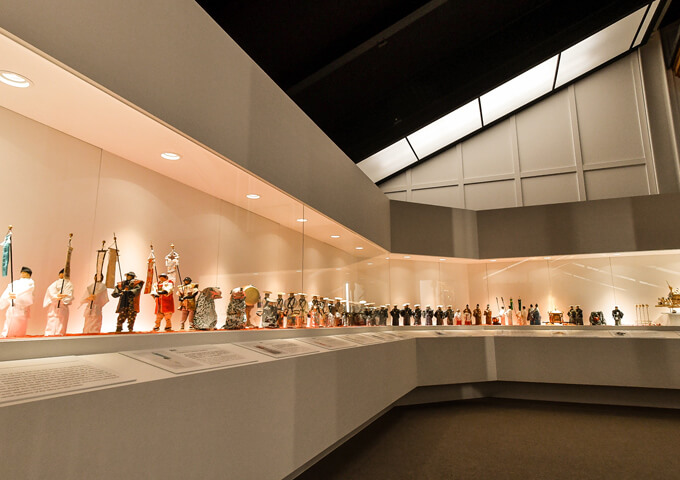 The mikoshi procession as long as several hundred meters marches throughout the town during the Furukawa Festival. Reproduced in miniature is this procession, in which the deity is placed inside the mikoshi and borne through the town in a stately manner, accompanied by large numbers of the shrine parishioners such as shishi (lions), Tokeiraku, Maihime (young female shrine dancers), and gagaku (court music) performers. 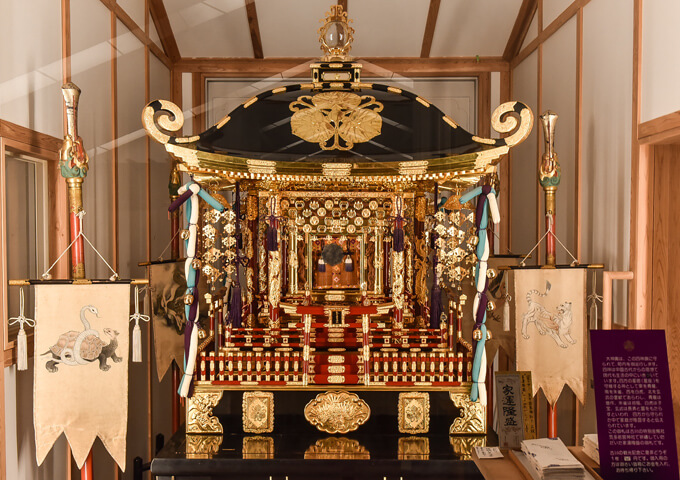 The actual mikoshi that enshrines and carries around the deity on festival occasions is on display. The mikoshi was newly built in 1872 by master carpenter Yosaburo Hara. Visitors can get a close look at meticulous craftsmanship represented by a gold shrine crest on each side of the black roof and a large precious stone at the peak shining in four directions. 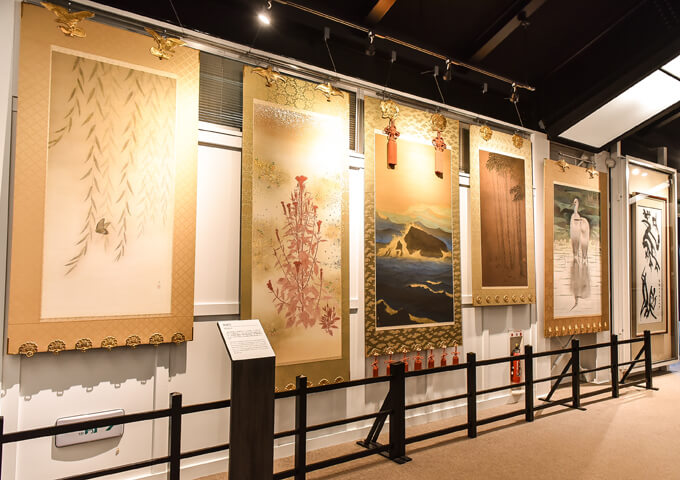 This term refers to elaborately designed drawings and writing hanging from the rear of yatai floats. One meaning of “miokuri” is seeing off someone or something from behind. Some of the yatai switch their Miokuri on the 19th and 20th. The hall displays the masterpieces of Seison Maeda (Kirin-tai), Insho Domoto (Seiryu-tai), Unrin Kaito (Ryuteki-tai), and other top painters of Japan.

The Hida Furukawa Festival Exhibition Hall rotates actual yatai floats on display twice a year, in the spring and fall. This presents an opportunity for people to have a look at the yatai floats that are not taken out of their respective warehouses other than on festival occasions. For details, call the Tourism Division of the Hida Commerce and Tourism Department at +81-577-73-2111 (switchboard).