Yukio Koma, an antique dealer who runs an antique shop and a glass museum in the town of Furukawa, says he had personal contacts with the renowned late photographer Ken Domon and the late collector-writer Masako Shirasu. For many years, he has been serving as the vice president (acting president) of the Association for the Preservation of the Furukawa Festival and an internal auditor of the National Association for the Preservation of Float Festivals.

The Furukawa Festival was designated as an important intangible folk cultural property in 1980. It is one of the 33 traditional float festivals constituting “Yama, Hoko, Yatai, float festivals in Japan” inscribed on the UNESCO Representative List of Intangible Cultural Heritage of Humanity in 2016. 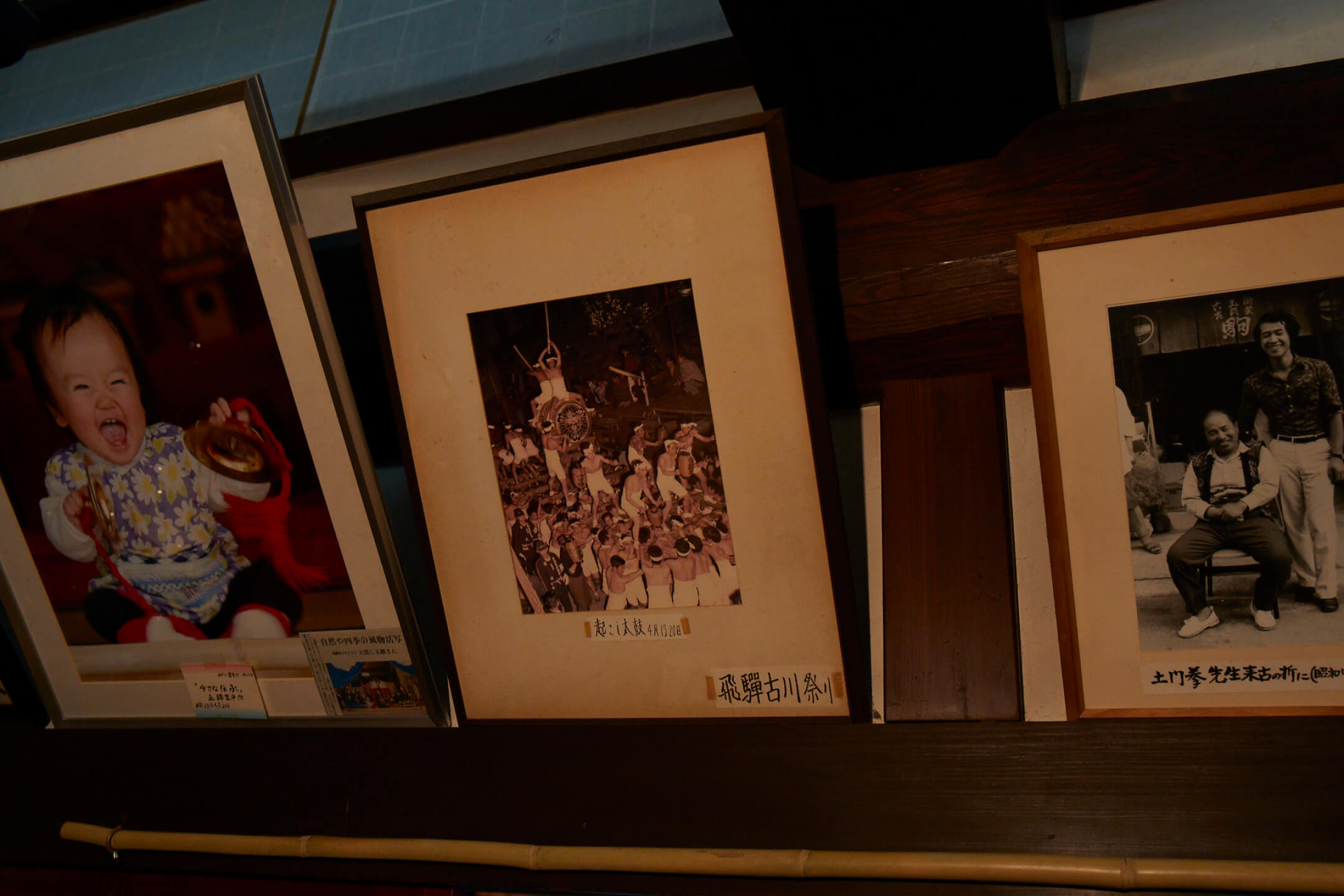 I am serving as an internal auditor of the National Association for the Preservation of Float Festivals, to which all of the host cities and towns for the aforementioned 33 festivals belong. To begin with, following the inscription of “Yamahoko, the float ceremony of the Kyoto Gion festival” in Kyoto and “Hitachi Furyumono” in Hitachi City, Ibaraki Prefecture on the list in 2009, host communities for the Chichibu Festival in Saitama Prefecture and the Takayama Festival in Gifu Prefecture embarked on active efforts to have their festivals inscribed as well. However, these efforts ended up giving the impression in the eyes of people overseas that Japanese festivals are all alike. So, we discussed the matter at the National Association for the Preservation of Float Festivals and decided to propose inscription on an extended basis by adding other float festivals designated as important intangible folk cultural properties by the Japanese government. The Association for the Preservation of the Furukawa Festival consented and joined the move. As a result of the UNESCO inscription, the Furukawa Festival became known to the world. 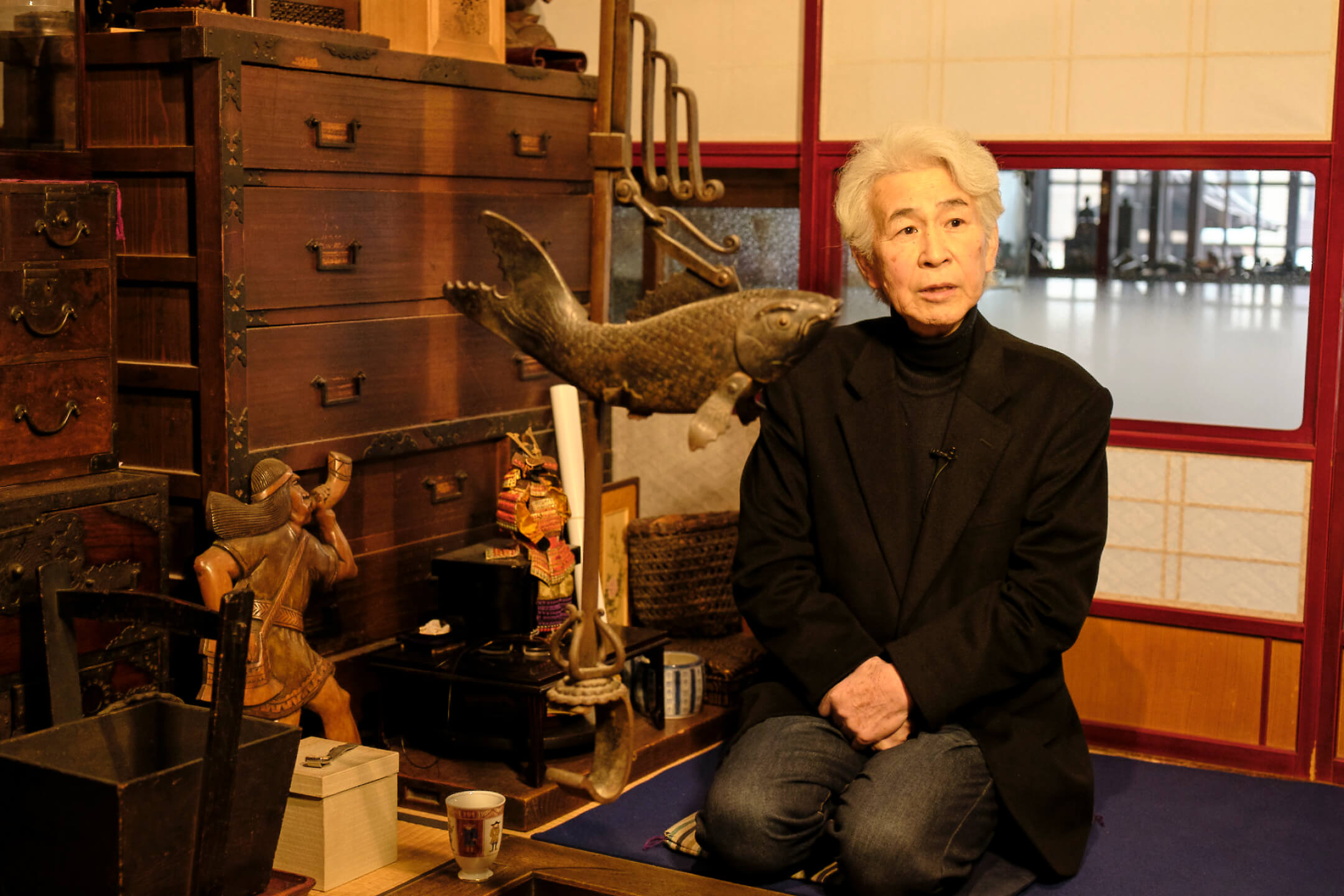 Meanwhile, the primary mission of the Association for the Preservation of the Furukawa Festival, in which I am currently serving as the vice president, is to ensure that yatai floats are kept in good condition and carry on the tradition of the festival. Those yatai floats are all very precious, adorned with sculptures, metal fixtures, drawings, textiles, and more, all embodying the aggregate skills of master craftsmen. So, the cost of repair sometimes runs into several tens of millions of yen. Since changes in humidity and exposure to ultraviolet rays make them deteriorate, we offer advice to yatai groups concerning how to keep them in good condition, where to have them repaired, where and how to get subsidies, and so forth. In doing so, the network of people I have built through activities at the National Association for the Preservation of Float Festivals is a great support as I can always turn to them for help.

Resolved to put an end to the no women rule

I’m in my 70s now and still get excited when the Furukawa Festival approaches. Every year, from the start of the day of the festival to its end, I feel as if I were dreaming. Spectacularly flamboyant yatai floats and the Okoshi-Daiko, an event that is renowned for its uniqueness… The Furukawa Festival is a harmonious combination of tranquility and dynamism. Upon graduating from junior high school, I went into an apprenticeship at an antique shop in Kyoto. And after becoming independent, I traded in antiques in Takayama, Gifu Prefecture. So, I’ve seen and participated in both the Gion Festival and the Takayama Festival. Both are wonderful festivals. However, I think the Furukawa Festival is the No.1 festival in Japan as, after all, I was born in Furukawa and this is where I belong. We have the Okoshi-Daiko, the one and only of its kind in Japan. Nowhere else in Japan can you find such a festival passed down over generations. Don’t you think so?
I would like to see more of young people and children who would eagerly await the festival. Actually, we are beginning to see some, albeit just a few. They are students at Gifu Prefectural Yoshiki Senior High School in Furukawa and helping us a lot by engaging in various voluntary activities such as offering interpretation to tourists from overseas and participating in clean-up efforts.
I have been teaching the ohayashi festival music for Seiyo-tai, the yatai float of my neighborhood, for many years and am now teaching elementary and junior high school students. When I was a child, girls and women were not allowed to ride the float. However, my daughter, who is now in her 40s, asked me to let her ride the float when she was a fifth grader at elementary school. So, I consulted people in the neighborhood and managed to change the rule to allow girls to participate as ohayashi music players. Initially, my proposal met with strong opposition. However, it was apparent that our neighborhood was aging, having fewer and fewer children. So, I negotiated with firm resolution, saying that I would stop teaching the ohayashi music unless girls are allowed to participate. 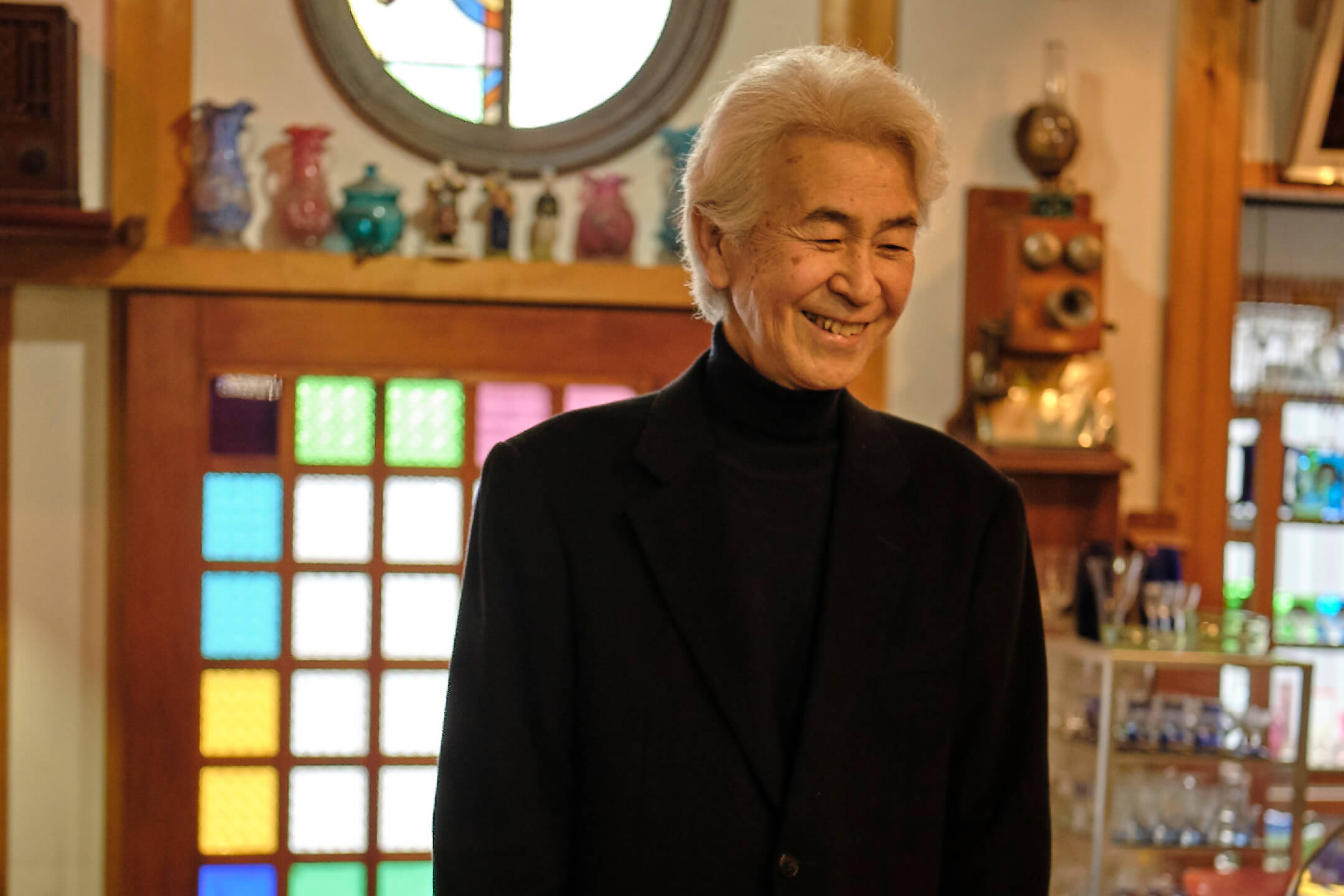 Since girls tend to be quicker to learn how to play a musical instrument, I’m glad that the ohayashi music is now open for them to join as a result of that negotiation. It is the responsibility of our generation to make Furukawa a place where young people want to return to. We would like to see more children love the Furukawa Festival. If we can make it happen, that would be the greatest joy for me. 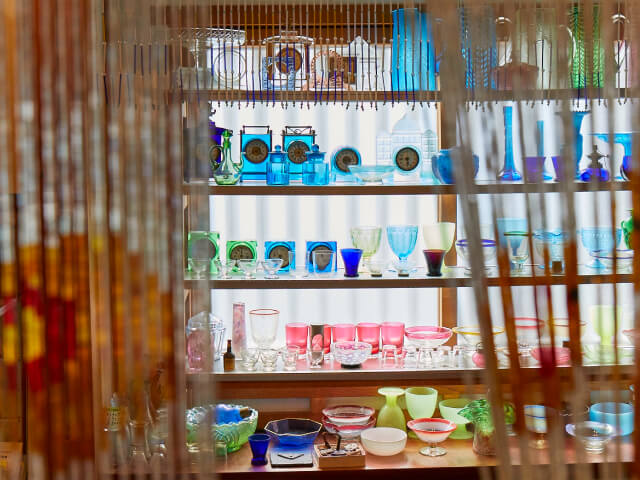 The museum exhibits antique glass items collected by Koma, including light bulbs and uranium glasses from the final years of the Edo period (1603-1868) through the early years of the Showa period (1926-1989). The building housing the museum was designed by Koma, and the carved-wood sign was handmade by himself. Around the corner from the museum is the antique shop, selling various antiquities including antique works of fine and folk art as well as glass items.
1-17 Sannomachi, Furukawa-cho, Hida-shi, Gifu Prefecture
Phone 0577-73-6550 (Glass Museum Koma)
Phone: 0577-73-3001 (Koma Kodogu-ya)