Flower Shop Itabashi is filled with the voices of women—mostly young—chatting happily with one another. This place, where people come and enjoy chatting, has an atmosphere that makes you feel comfortable in a way different from that of cafes. We asked women living in Furukawa, aged from 20s to 40s, to gather at the flower shop and discuss their thoughts on the Furukawa Festival as seen through the eyes of women. 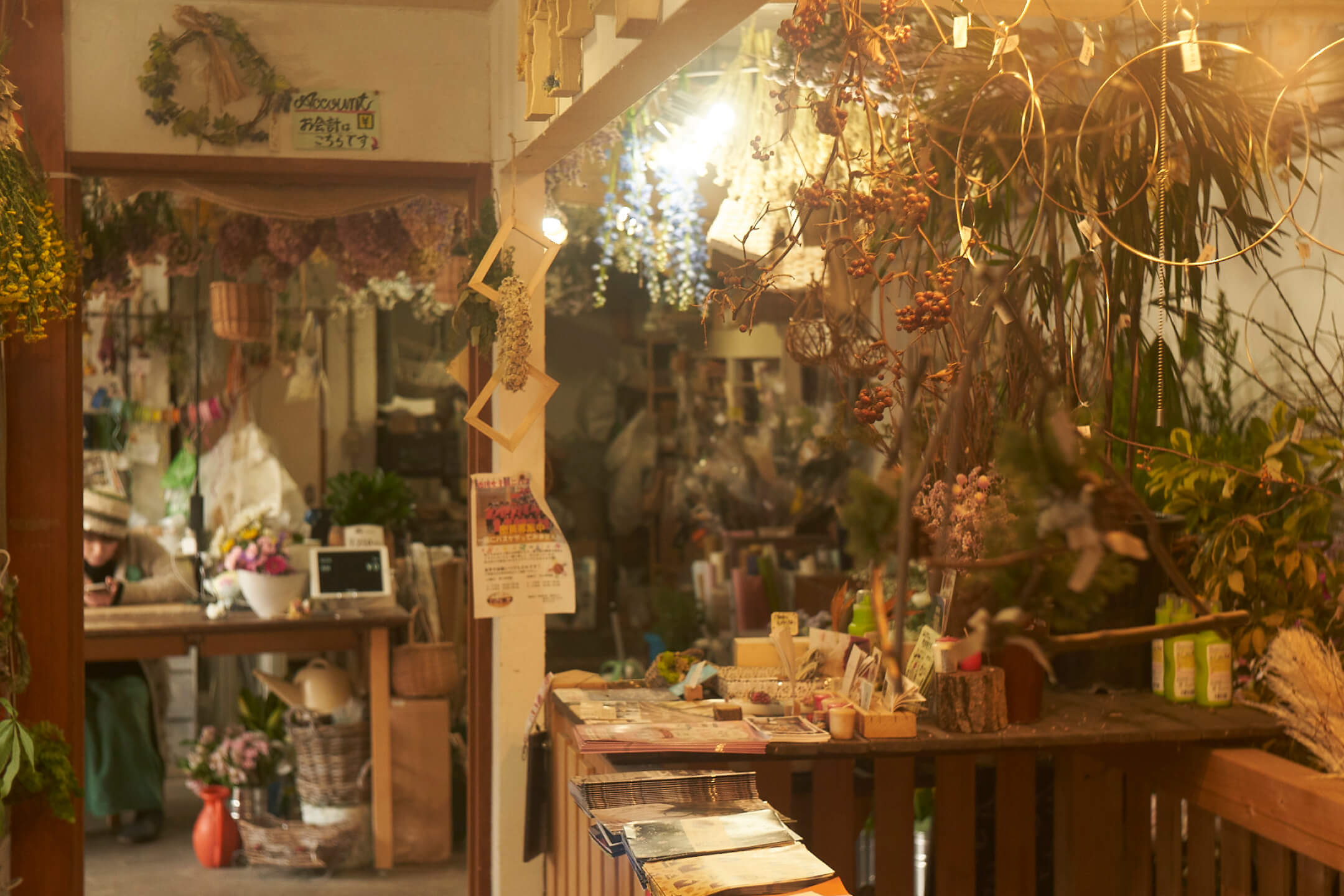 Until a few decades ago, there was a custom called “yobihiki,” in which it was women’s role to entertain guests at home, offering foods and drinks, during the festival time. Although the practice is not widely practiced today, the Furukawa Festival remains very much male-oriented. How do women in their 20s to 40s see it?

“I came to Furukawa after getting married. So, from an outsider’s viewpoint, I would say that the Furukawa Festival is a cool festival. During the two days on which the festival is held, everyone—both men and women—is in high spirits, creating an indescribably buoyant atmosphere throughout the town.”

“I was born and raised in Furukawa. For me, it is more like going to see someone I know beating the main drum from atop of it in the Okoshi-Daiko event, rather than going out to see the entire festival from the beginning to its end. There is a timetable showing which team starts when and from where. So, people usually go and wait at a certain spot to root for their neighborhood team when they arrive. For those who come to see it for the first time, I would recommend the uchidashi ceremony, in which all the four neighborhood teams gather to kick off the drum-beating event. It is worth watching.”

“Since we no longer have yobihiki, we would walk in the procession if asked to do so. Otherwise, we would just send our husbands off to the festival, and we would go to see the festival if we want to.”

“What is peculiar about the Furukawa Festival is that preparations for the festival take more of men’s time than the event itself. They have gatherings throughout the year. Indeed, they have a meeting almost every night following the lottery in March. And whenever my husband attends a meeting, he comes home drunk, which makes me wonder whether they are really discussing anything substantial (wry smile).”

“We take it for granted in Furukawa that men are kept very busy as they are assigned to various tasks when it is their group’s turn to play the role of director for the Okoshi-Daiko event, but those who came here after getting married may find it unthinkable. Since husbands are out most of the time throughout that period, I think there are some who just cannot understand it.”

“Even within the same town, some neighborhoods have multiple festival-related associations, and some men get themselves involved in all the association that asked them to join. It is OK if they are willing to do it… but for those who are not particularly efficient in handling things, I think it is quite tough to do all the tasks for the festival on top of work and family life.”

“However, on another front, the festival itself is quite energetic. For those just watching the Okoshi-Daiko event, it may seem like a crowd of excited men jostling through the streets. However, they are actually battling under enormous pressure. For instance, when you are the leader of a Tsuke-Daiko (attaching drum) team and get the timing wrong, you will be picked on by those around you forever. After getting married, I came to see the festival in a different light as I realized that men are dead serious and working on it under immense pressure.”

“Indeed, although it seems that they are just drinking and doing what they want to, they get nervous when they are in charge of something or assigned to a leadership role. When my husband was in charge of organizing a meeting and a drinking party afterwards, he tried to let people go home relatively early by cutting short the drinking party, saying, ‘Drinking is important but we also have our jobs to do.’ Previously, he used to come home drunk past midnight, like two or three o’clock, and he looked exhausted at work next day.”

“I came here to get married and I’m not from an area that participates in the Furukawa Festival. So, I just go and watch it, but I frankly find it impressive. The Okoshi-Daiko may look like just a reckless flurry with hordes of men clashing with one another, but they do take pride in it. They all understand that the festival is meant to be a Shinto ritual and an offering to the deity, which I think is the case for only few festivals today. Each team has its creed and each member devotes himself to his role. I think they have a firm belief in what they are doing.”

“Today, I no longer go and watch the entire festival, but I have made it my rule to stay up and wait for my husband on the two days of the festival. The ending time of the festival has been moved up in recent years. So now he comes home relatively early. Previously, however, he was so late coming home as the festival continued until 2 a.m. Still, I thought I would stay up and wait just for this day. That’s because I know he’s been working so hard.”

Furukawa women watch with warm eyes and support their men giving their best shots amid a shrinking population. It is thanks to their everyday support that the Furukawa Festival is held every year without any hitches or problems. That is what I have gathered from listening to them. 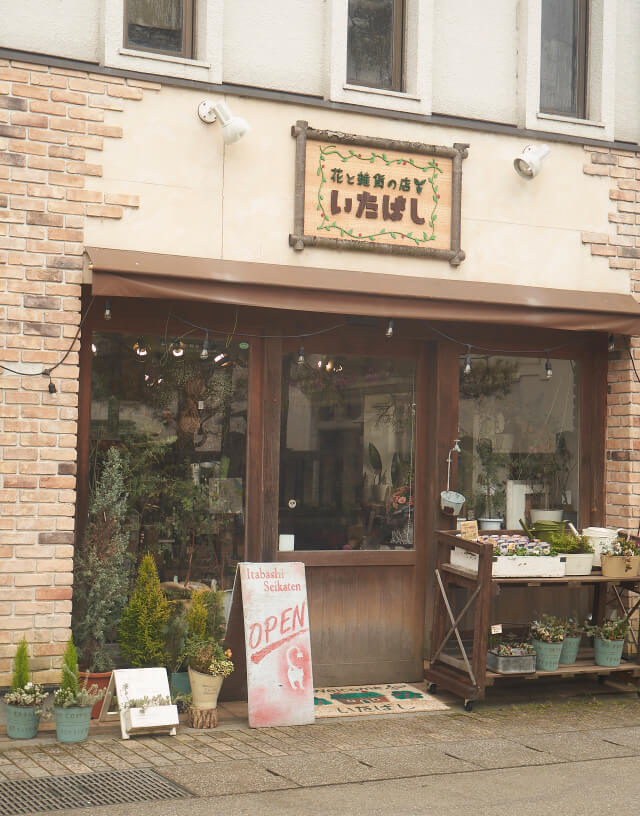 Flower Shop Itabashi offers more than just fresh flowers. You can find beautiful dried flower bouquets, indoor plants, sundries, and more. Periodic workshops, in which you can make a piece of work using flowers, are popular among locals. From around the time of the Furukawa Festival to summer, it sells monaka ice cream sandwiches from Bokuseisha, a ranch in Furukawa. “You bake it in a toaster oven just briefly and eat it. It’s a novel kind of ice cream and it’s the perfect choice for eating while walking.” (Itabashi)

＜Must-visit spots in Hida and Furukawa recommended by the staff of Flower Shop Itabashi＞
■Ikegahara Marsh
Although it is closed in wintertime, the Ikegahara Marsh offers different views at different times of the year. You need to drive yourself to get there as no public transportation services are available. Since there is a chance of encountering a bear, you may want to go with someone who has been there. (Itabashi)
■Mt. Anbo
It takes about 10 minutes by car from the JR Hida-Furukawa station to the start of the trail. And from there, it is about a 90-minute walk up to the summit. There is an observation deck and you can overlook the town of Furukawa. (Itabashi)
■Ichinomachi Café
■Fab cafe HIDA
Both are very homey cafes. (Utsumiya)
■Tomato ramen noodle at HIRO Dash (HIRO’)
Locally grown tomatoes are used for tomato ramen noodle. It’s delicious. (Itabashi)