More than 90% of land in Hida City is covered with forests and some 70% of them are broad-leaved forests. Masanori Nishino, president of Nishino Seizaisho, a lumber company specialized in domestic hardwood lumber, lives in the Mukaimachi district of the town of Furukawa, which belongs to the Suzaku group in the Furukawa Festival. In 2019, Nishino, as a member of the Suzaku group, was tasked to lead a team in charge of constructing the wooden turret for the Okoshi-Daiko (rousing drum).

It took a long hard fight to construct the turret

Masanori Nishino: There are four groups: the Seiryu (blue dragon), Byakko (white tiger), Genbu (black tortoise), and Suzaku (red phoenix) groups. Every year, on the first Sunday of March, these four groups get together for what is called Chusen-sai (lottery ceremony) to determine which group will play the role of director for the Okoshi-Daiko event that year. Last year, the Suzaku group took that role and I was designated as the man in charge of turret construction. Equipped with little or no knowledge, I had to start from scratch and felt significant pressure. I went over to seek advice not only from senior members of the Suzaku group but also from experienced members of other groups. Over the period of about one month and a half to the festival, those of us on the team gathered at the community center almost every night to do the preparation work. 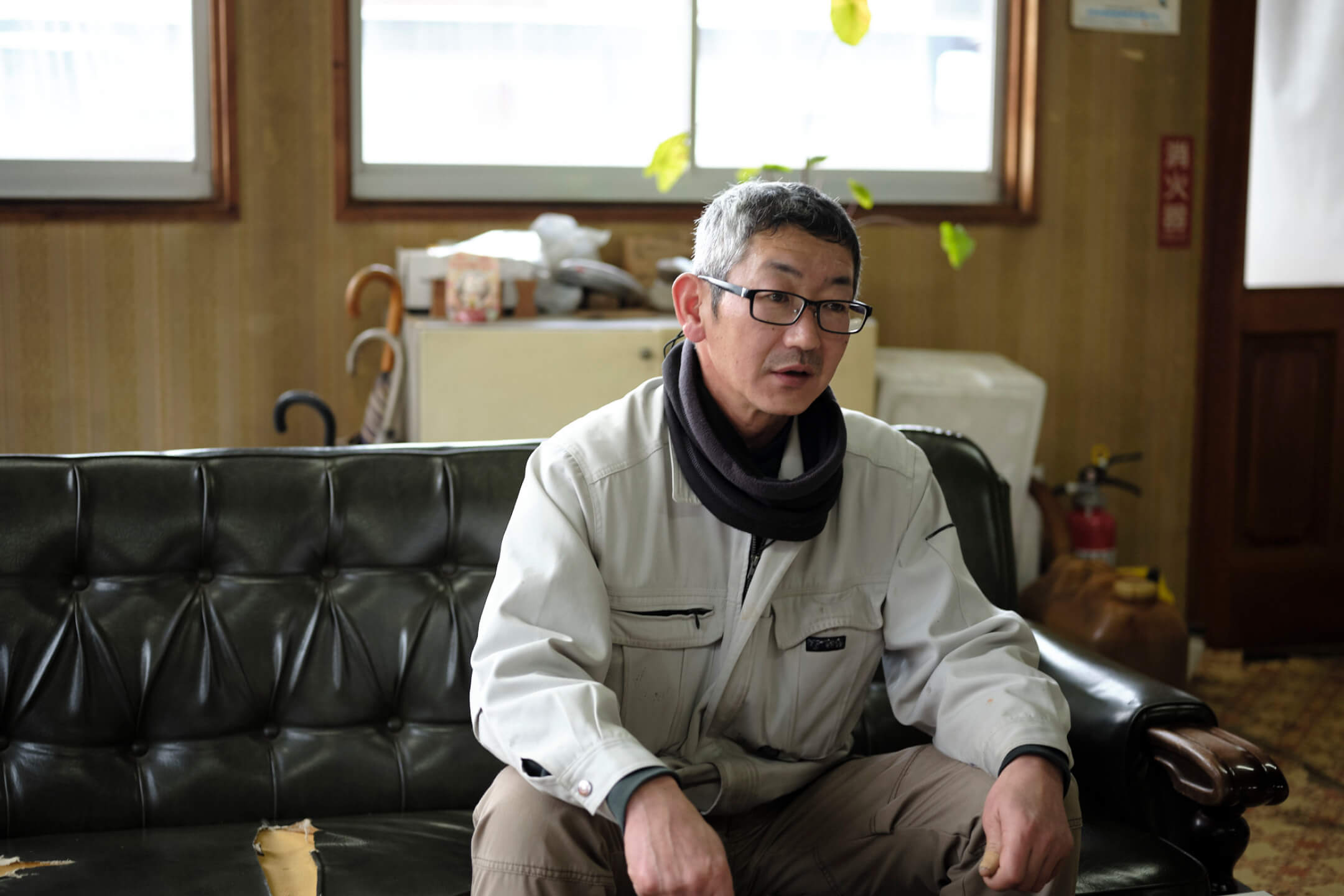 It was on April 17, two days before the festival, that we actually constructed the turret. You need to wrap komo (woven straw mat) around the main drum, attach foot holders, and secure them to the turret. It turned out to be more difficult than expected. We thought we had done all the necessary preparation. But some unexpected things—such as a certain tool missing—happened.
You can practice beating the drum only after the turret is completed and ready. So, you need to build it up quickly. Otherwise, there would be no time for practice. Four drum beaters beat the drum at a time. Since our groups has four teams of four beaters to play in shifts, there were 16 men waiting to practice. But even so, we had to be extremely careful and make sure of everything because anything left loose could become a cause of accident. We started working on it at 8 a.m. and finished past 5 p.m. When practice started, it was already 6 p.m., which means that it took us quite a lot of time to finish it up because usually practice starts shortly after 3 p.m. We were sorry for leaving little time for practice, but the end result was excellent and worth all the time and efforts spent.
Constructing the turret was a big challenge in which the value of the Suzaku group as a whole was put to the test and we were scrutinized for how much preparation we had done to work on it. This is part of the traditional Shinto ritual. And should anyone or the main drum fall off or the turret collapse as a result of our failure to properly secure them, it would embarrass the entire group as people would say, “What’s wrong with the Suzaku group?” When we got compliments from members of other groups on the day of the festival, I was so relieved and glad.

Hosting 50 guests. Amazed at the custom of yobihiki.

Masami Nishino: Last year, having taken up the role of constructing the turret for the Okoshi-Daiko for the first time, my husband was preoccupied with preparations for the big event. I could see that he was under a lot of pressure. I was worried as he was getting thinner.
My involvement with the Furukawa Festival began after I came here for marriage. When I first saw him participating in the Okoshi-Daiko event, I genuinely found him manly and cool. However, at the time, there was what we call “yobihiki” to keep us women busy as well. 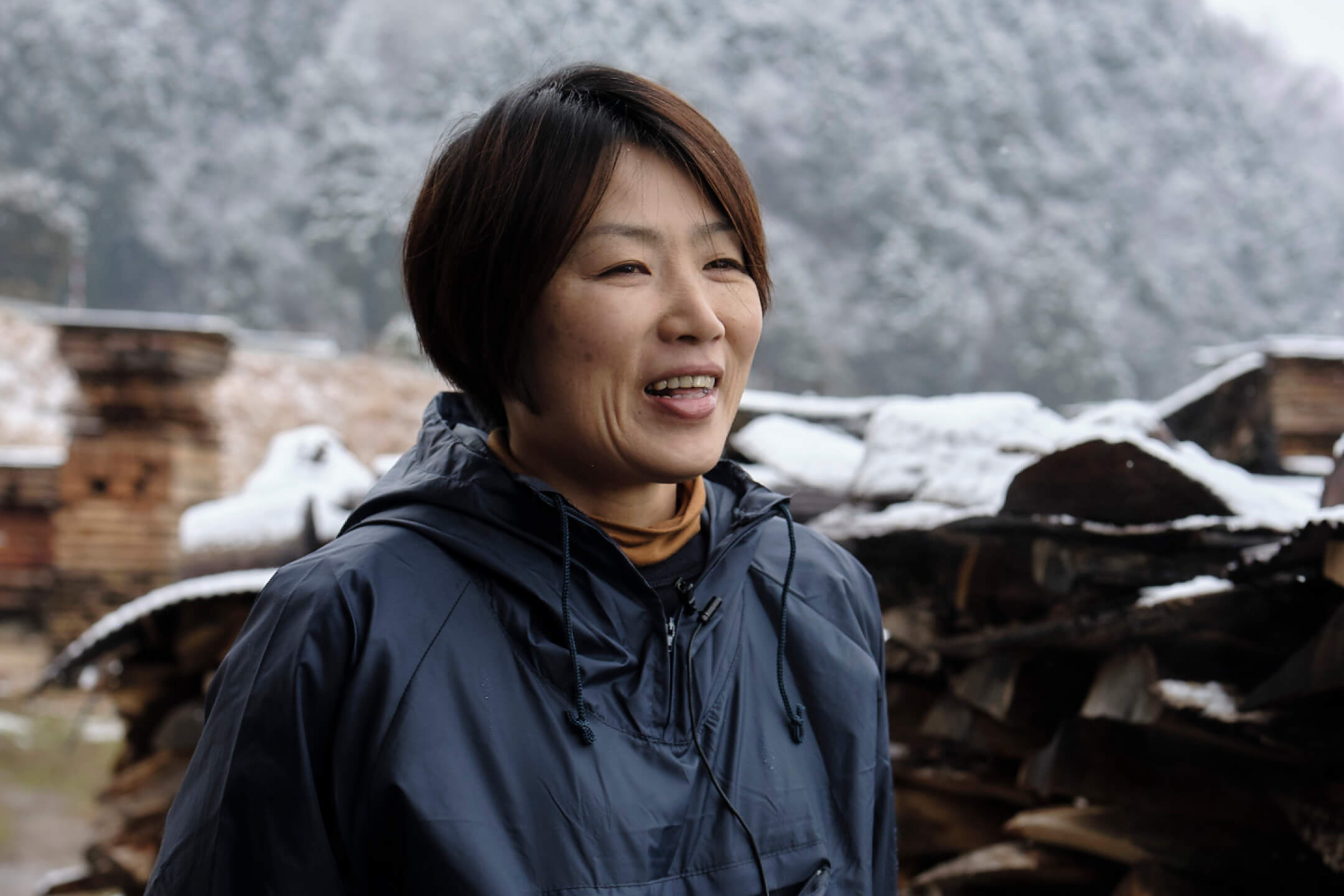 Yobihiki is a custom in which you invite your relatives and business associates to your home for a feast during the festival. There were times when as many as 50 guests came one after another. Husbands and other male family members are all out for the festival. So, those of us, women, left at home must do it all on our own, preparing and serving foods and drinks to the guests and cleaning them up afterward. It’s so hectic and exhausting.
In old days, all dishes such as sekihan (red bean rice), simmered food, and suimono (clear soup) were homemade. But nowadays, many households purchase party foods to serve to their guests. In any case, it takes not only work but also money. There are some people who go from house to house, and they would just drop by and leave in 10 minutes or so, while others would stay longer. Indeed, I had to fight the clock to take my kids to the festival. 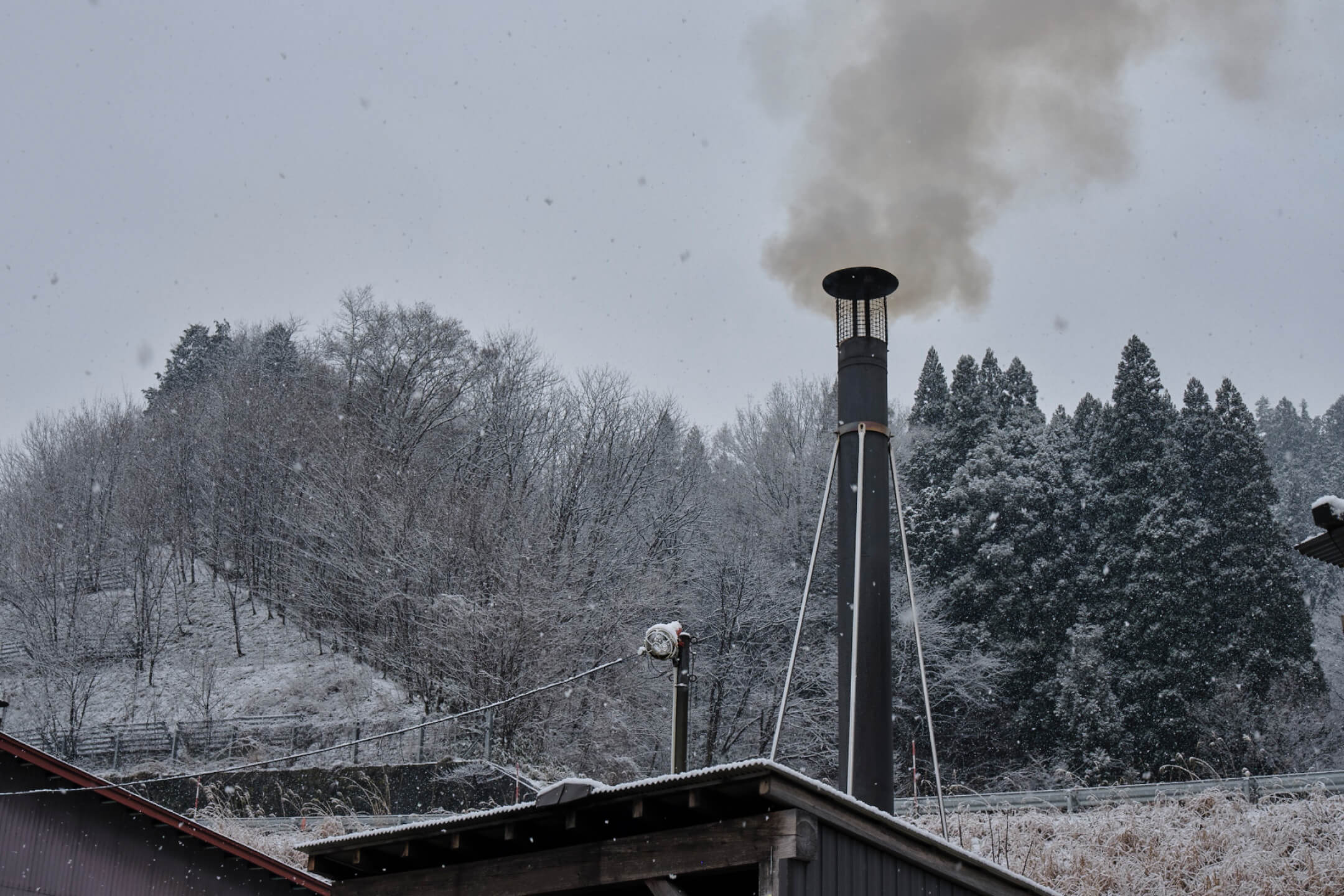 Nishino Seizaisho purchases logs of various broad-leaved trees in Japan, particularly those harvested in the Hida region, and processes them into lumber. The reason why we are specialized in processing hardwoods while many lumber companies are specialized in softwood lumber is that forests in the Hida region are mostly broad-leaved. Since broad-leaved trees differ in shape, color, and smell from one tree to another, they are not for mass production. However, there are many furniture makers in Gifu Prefecture, particularly in Takayama City. So, there is fairly good demand for hardwood lumber. 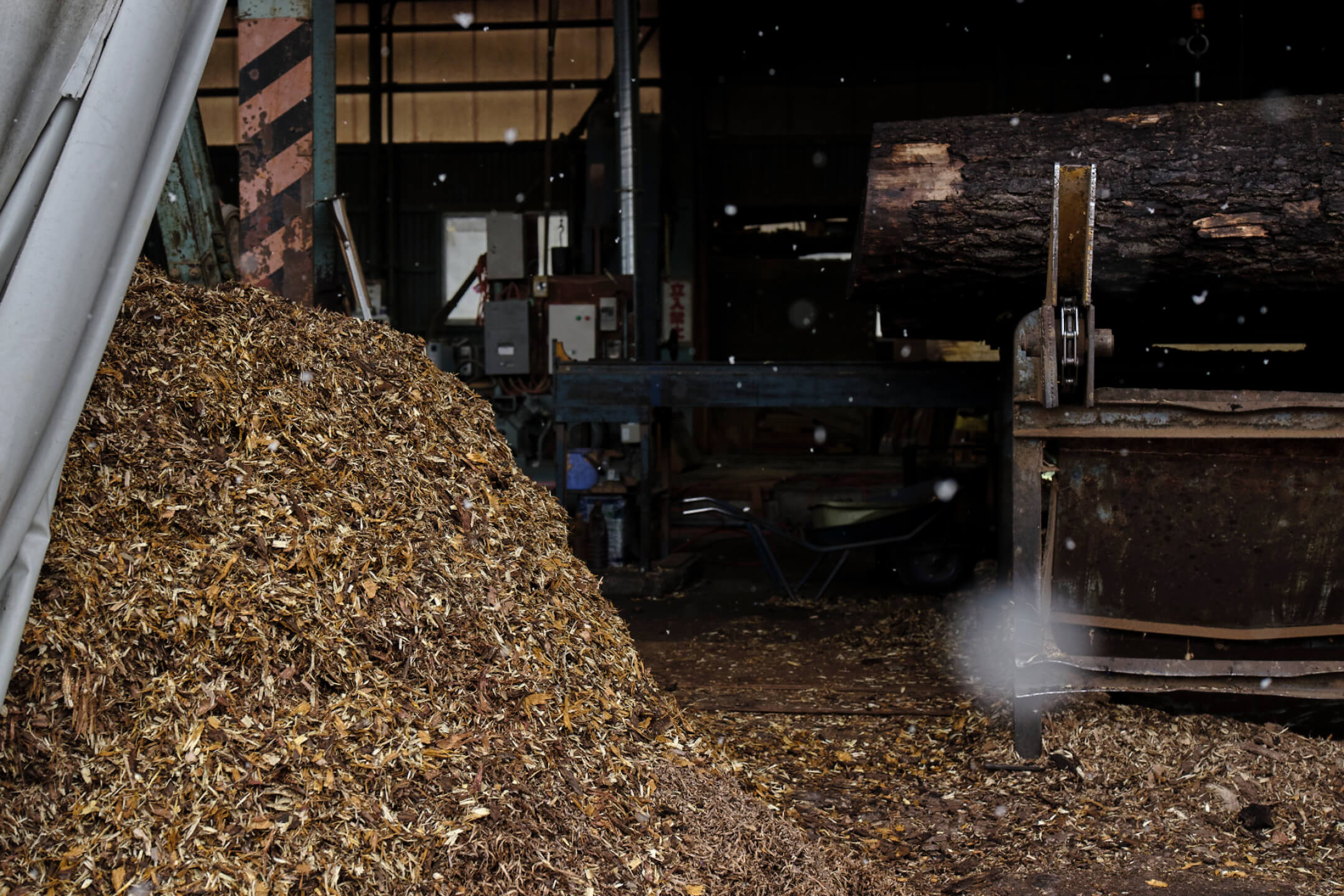 First, you need to remove bark from a log. The bark and sawdust produced in the process are provided to local cattle farmers for use as beddings for Hida beef cattle. Hardwood bark and sawdust ferment faster than those of softwood. When you just pile and leave them in heaps, they will start fermenting on their own and steam will come out. They say that it’s so fluffy and warm that cattle quickly fall asleep. It’s just like enzyme bathing, isn’t it? Finally, when they complete their role as beddings for cattle, they will be composted and spread on fields. Even small pieces of wood can be used as fuel for boilers. There is nothing to be wasted. Indeed, trees are a precious gift of nature. 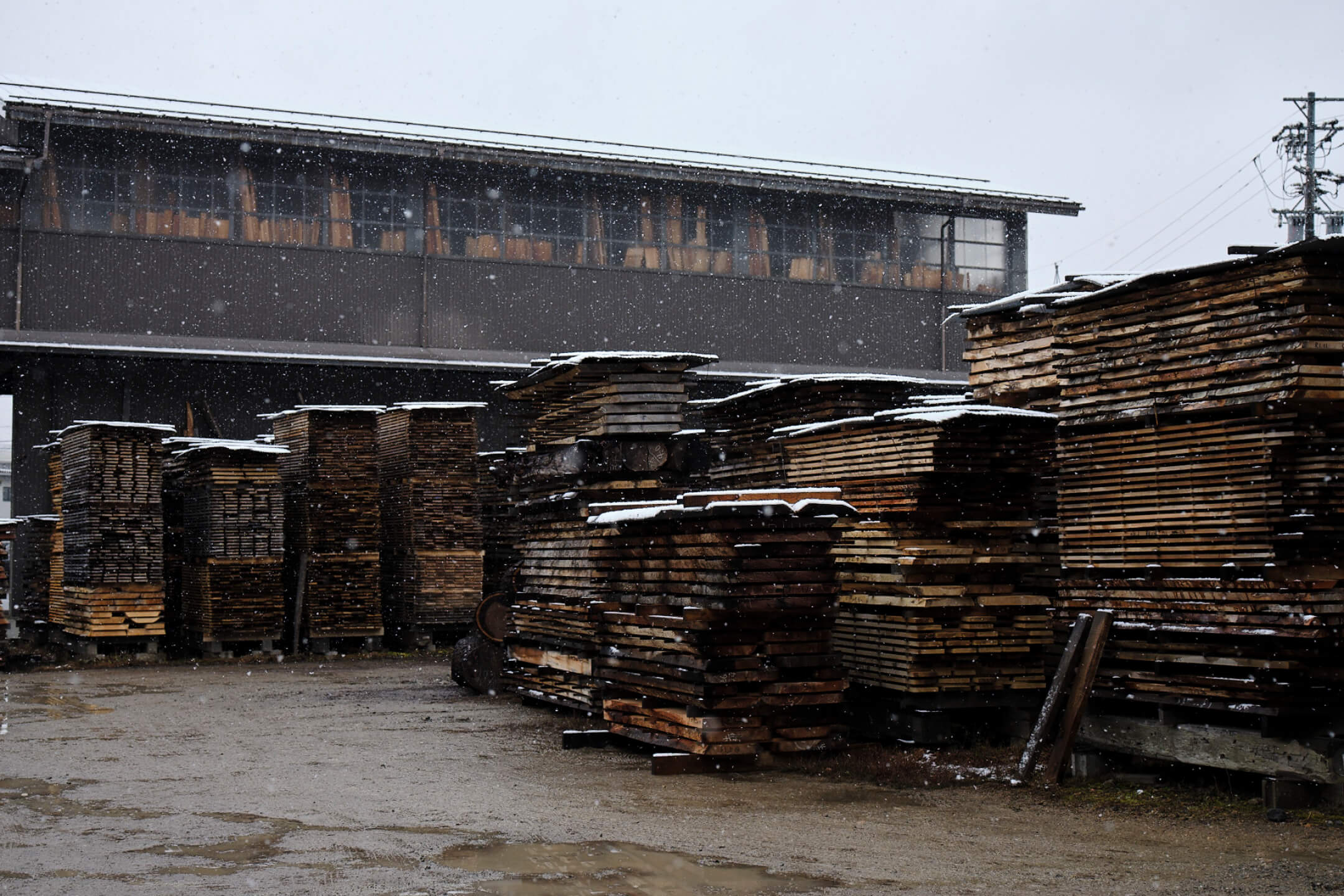 Some time ago, an oyster farmer from Kesennuma, Miyagi Prefecture, came here to give a lecture. He said, “The presence of broad-leaved forests in upstream basins is the reason why the sea is rich in nutrients. Fallen leaves of broad-leaved trees create a large amount of phytoplankton, which are carried by rivers into the sea, making oysters firm and plump.” What he said is that the sea and forests are friends. In the case of Hida, rivers flow into the Toyama Bay, and that is why fish harvested from the Toyama Bay are so tasty.
Those who come to Furukawa should definitely try Hida beef and fish from the Toyama Bay as sashimi. I recommend Kiraku, a Japanese-style gastropub near the JR Hida-Furukawa station. It seems that Furukawa has a large number of gastropubs relative to its population size probably because there are many heavy drinkers. So, please join them and enjoy locally brewed sake.
As for sweets, I would recommend Shinmeiya’s tempura manju (deep-fried sweet bun), Tanoshita’s ichigo daifuku (mochi stuffed with strawberry and red bean paste), and mame tsukage (fried bean cookies) homemade by Tomohide Otsuka, all of which are quite popular among locals.
For sightseeing, I would recommend taking a walk to visit Enkoji, Shinshuji, and Honkoji temples. Santera Mairi (three-temple pilgrimage) held in January is a matchmaking event in which people pay visit to the three temples. At the time of Santera Mairi, we help out a bit, providing firewood. 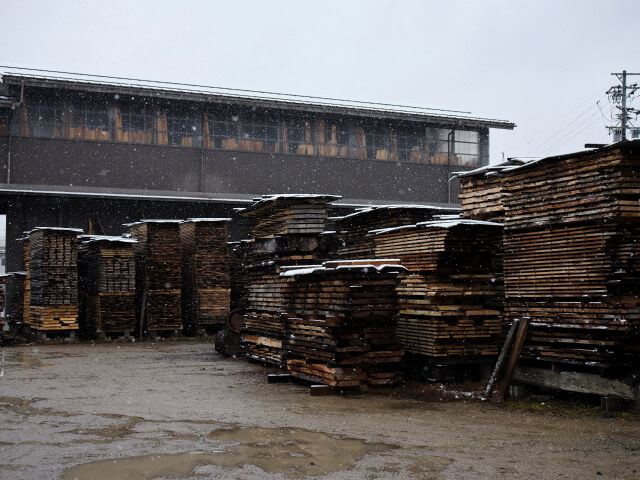 It is a leading lumber mill specialized in hardwood lumber in Japan. Equipped with wealth of knowledge and experience, the company purchases high-quality logs of various broad-leaved trees harvested in Hida and other regions in Japan, and processes them into lumber.
Nishino Seizaisho